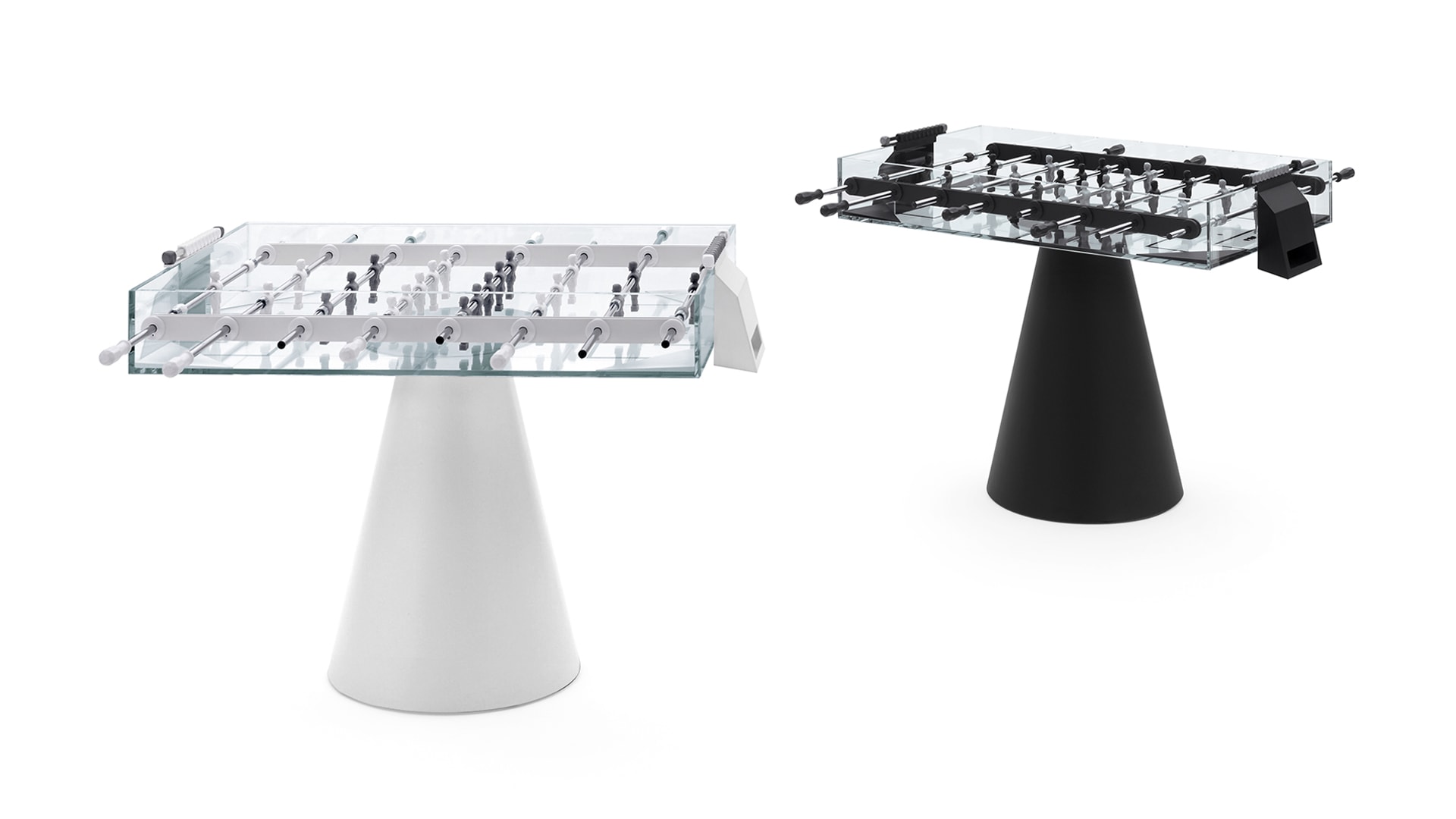 Ghost: the many ways of interpreting table football

The research by the architects continues for a product with improved performance and an unexpected design.

A table game invented in the 20s and 30s whose paternity is claimed by the Spaniards, Germans and French. but that is unimportant: since then it has become one of the most popular leisure activities also in Italy. The first historical rudimentary football tables were built very simply by hand, made up of a box, little men and rods in wood, with the base in plywood. A box which balanced on a very shaky support. A lot of imagination to compensate for the absence of technology. In Italy, the interest fluctuated until the 60s when it was recognized and became popular as it was considered a manifestation of healthy competitiveness. In fact, in 1964 the story of FAS Pendezza started following the intuition of Alfonso Pendezza and his brother Davide: to use raw materials of the highest quality to create devices for games and fun for adults and children, put together by the best craftsmen in the local tradition. 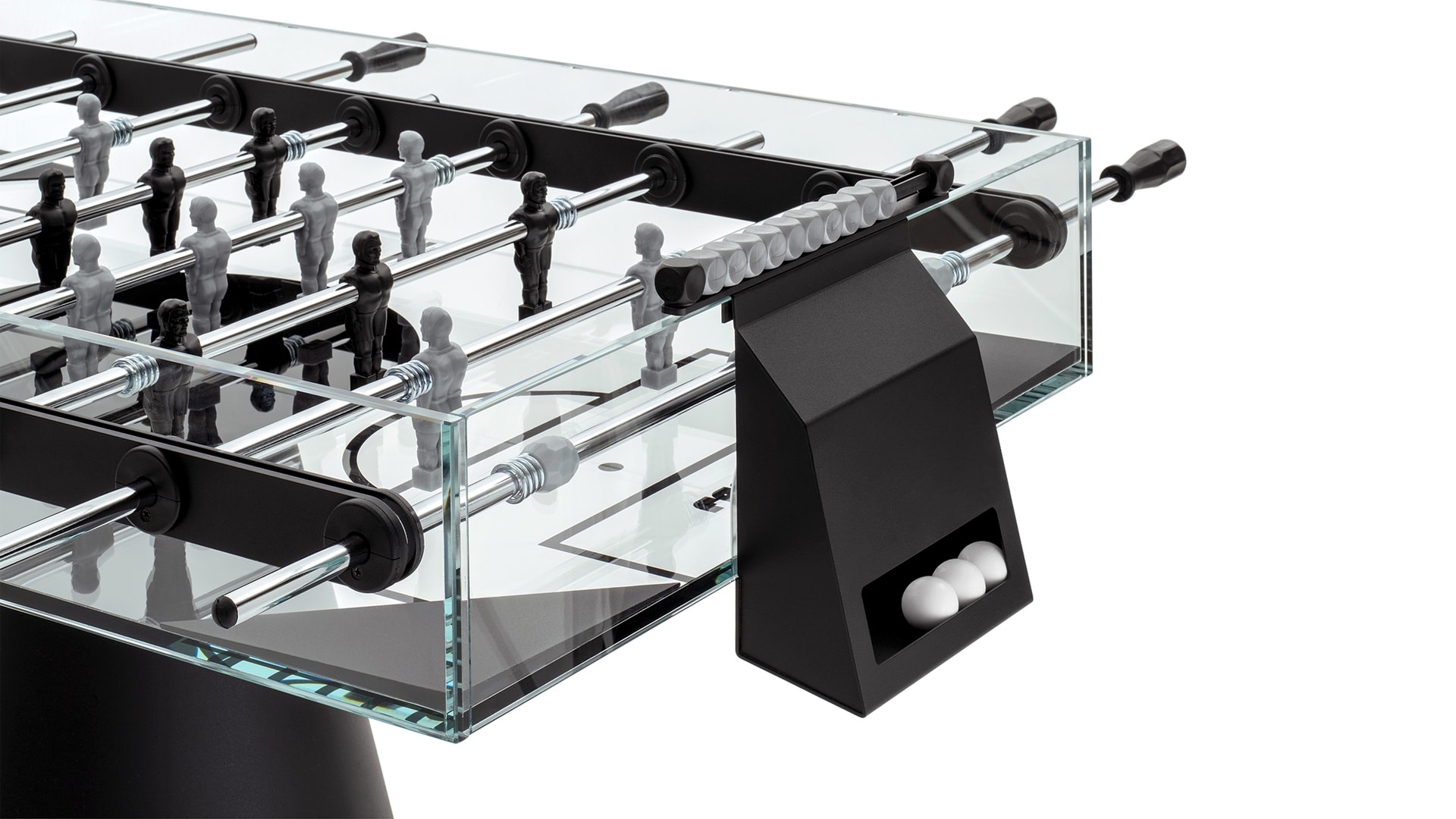 Today the games of FAS Pendezza are popular in all the world thanks to the use of technology and more recently the design, introduced with the collaboration of Alberto Basaglia and Natalia Rota Nodari who endorsed in 2020 two new products Ghost and Apollo20, which have already been presented at Maison & Objet in Paris and at ISPO of Monaco. 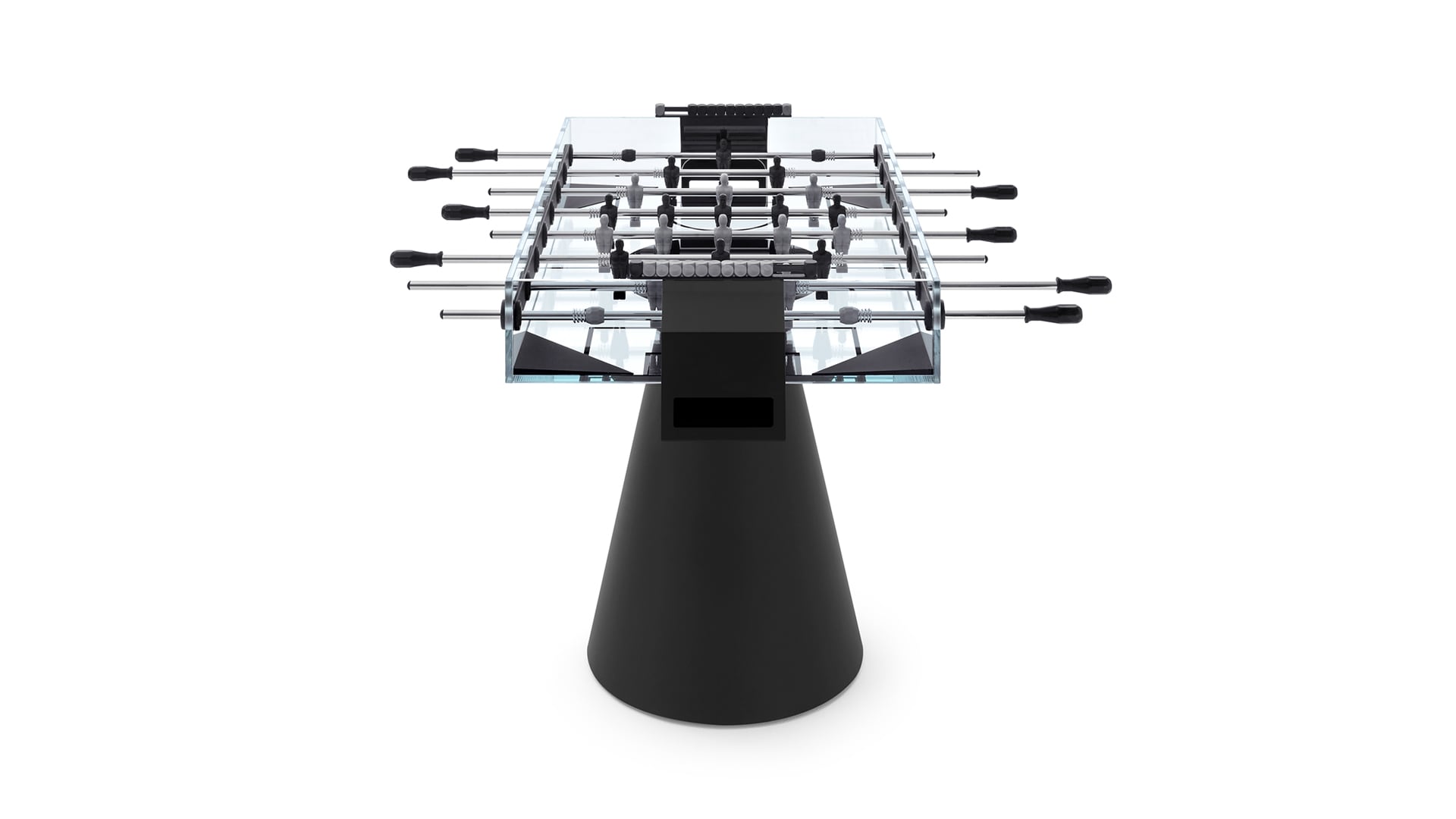 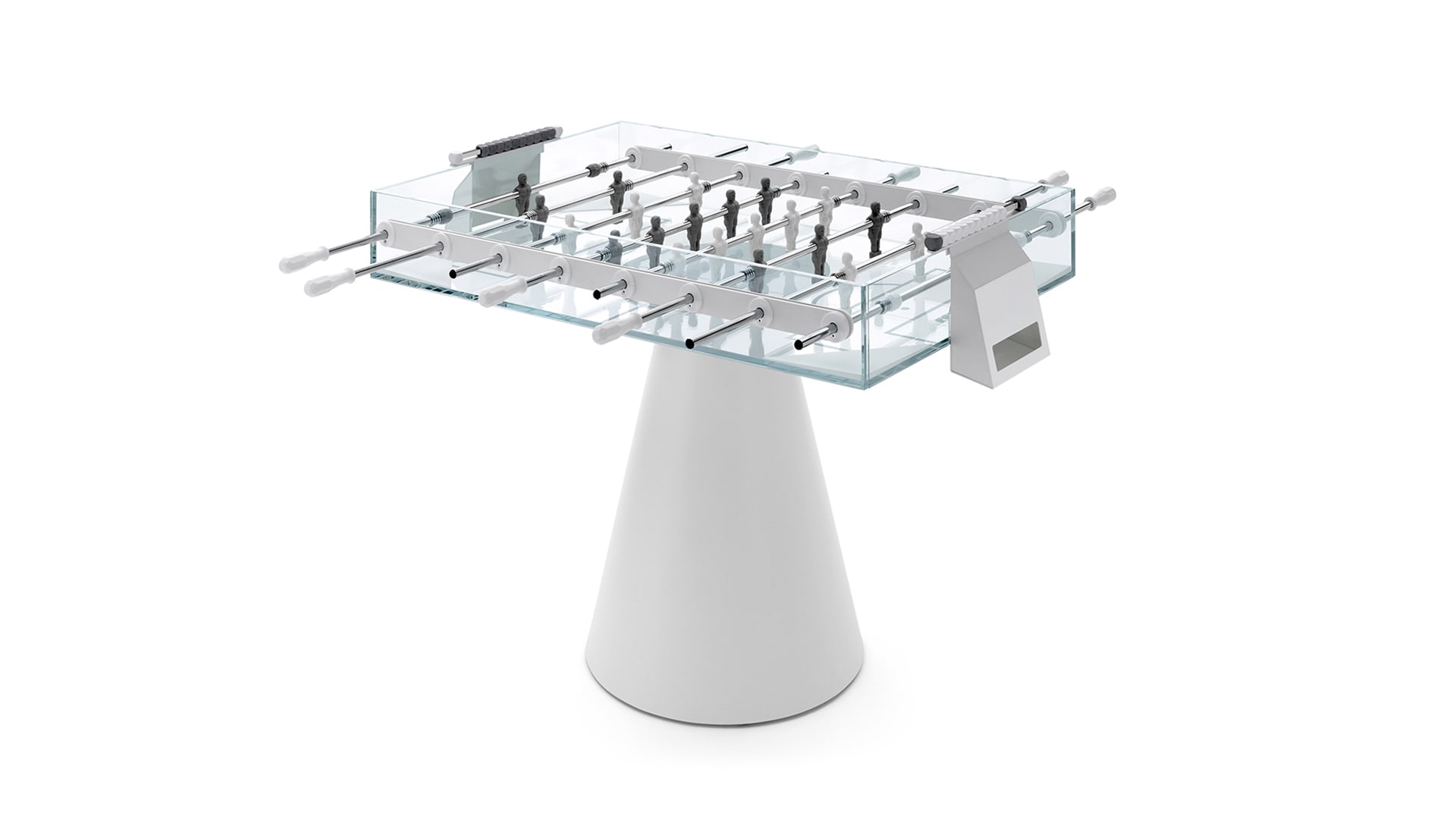 Ghost has an elegant bearing, and a precious presence. Much sought after, it is not a beautiful object to “see and not touch” but it is a professional table football perfect for challenges among champions or for those passionate about this game, Ghost has a playing field in transparent crystal with a metal finish.